“We had 3 different tree companies come out and Chippers was the best option for us. We have a large American Elm tree that’s about 60+ feet tall and a 30ish foot different type of Elm tree and both were in very porr condition. Most people wanted to just chop them down but Chippers wanted to trim them first and see if it’d help. They came out on Thursday and we scheduled for them Tuesday and they showed up right on time and had 5 guys and were done in a little over an hour with the trimming and clean up. I was VERY pleased and plan on using them in the future for any pruning or removals I need as well as recommending them to friends.”

I was extremely impressed by the professionalism of your crew and the efficient and expeditious way they handled my project. I found Mr. Edgar Argueta to be informative, very thoughtful, and very reasonable in his approach to all the issues we presented and he met my needs in every respect. I have recommended Chippers to several people already and plan to do so in the future. I greatly appreciate your service to me and to my home.

Edgar came out and gave us an estimate on the spot, we had a lot of work that needed to be done and thought we couldn’t afford to have it all done at once, but with Edgar’s excellent quote we were able to do it all at once, we signed up immediately and Edgar and his crew arrived the following Saturday. The work that Edgar and his crew is some of the best I’ve ever seen, brush pile removal, stumps removed, several trees removed, they even cut up some firewood for us. Edgar and his crew went above and beyond and we could not of had a better expierence with them. I plan to recommend Chippers to everyone. Job well done.

Excellent job and great service, thanks!

What a great job they did – very accurate, safe, quick and clean! They took great care of the loans, and fences.

Needless to say, since we used them, Chippers Tree Service had the best price among quite a few bidders.

Also all the inital communication were great – all the calls and e-mails answered promptly right away with fast quotes and understanding of our concerns – thanks, Edgar!!

I highly recommend Chippers Tree Service for any job – we are very happy! 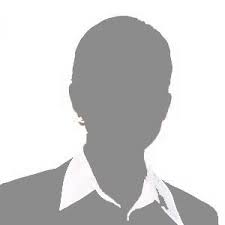 I SUPPORT A GREAT BUSINESS

My husband noticed Chippers Tree Service on his morning walk and asked for a quote on a tree removal. Edgar came right over, and in fact before my husband was back and via the phone the price was so good that they started immediately. The team worked very efficiently and in less than an hour the tree was down; taking a credit card is also a plus in such a bad economy.

Ten days later we had a pretty bad storm hit and my neighbor’s tree landed on her house. She called many tree services for quotes and either the price was too high or most failed to call back. She had to navigate over big limbs to get out of her front door making it very dangerous. I called Ramiro and he came right out. My neighbor was thrilled he could start right then and the price was so competitive! They proceeded to meticulously work like a well oiled clock and in no time the stress she endured was behind her. I was so pleased that I spoke to other neighbors who called for quotes and decided to put them on my website (www.insurancedfw.com) to make my next referral simple. I appreciate a job well done THANK YOU!!!!

Unbelievably WONDERFUL people! Next day service! And we were victims of Hurricane Ike. We live in Houston (Webster) Texas & they treated us as if we were their next door neighbors. I cannot tell you how GRATEFUL I am for their reasonable prices during such a difficult time, where others would have taken advantage of us. THANK YOU so much for your kindness, promptness, courtesy and professionalism. I wish your company was based here in our city. May God Bless all of your families. Ramiro & his crew were a godsend. You will always be in our prayers!

A very large and heavy limb (the size of a small tree!) started to crack and was in danger of falling on our roof at any moment. This would surely have severely damaged our roof so we began to call around to see if anyone could come out the same day and cut it down before it fell. Chippers came out within hours and gave us a quote that beat our next lowest quote by over $100. They also brought out a team of 5 guys to cut it down, despite the fact that it was nearing nightfall. They worked until well after dark to safely remove the limb piece by piece and worked by securing the cut pieces so that nothing fell on our house or our surrounding landscaping during the removal process. They even removed other “suspicious” limbs on the same tree even though the price quote was only for the big limb. Great value, great service. We will definitely use Chippers again for all our tree trimming needs!

These guys are great! very professional, excellent work…as well as a great price! i would and will recommend them to anyone who needs trees removed or trimmed. a fantastic company!!!

I called on Tuesday and on Thursday Ramiro was at my home to provide an estimate to remove 6 stumps and roots along my property boundary where we plan to build a fence with my neighbor. He arrived on time (5:30pm) with a helper, Felipe, and a machine on his trailer. His estimate was given in person and was very reasonable. I accepted it and asked when he could start. He said, “how about now”? My wife and I went off to a class and when we returned the work had been completed to our total satisfaction. Before he left, and I after I had paid him, he and his helper asked if they could help me with the repair of a sewer clean out I was struggling with. I wish all my experiences with contractors could be exceptionally positive like this one was. Ramiro even gave me a referral on a carpenter. I highly recommend Ramiro’s/Chippers!

I called numerous tree services for estimates when our tree fell on our fence, knocked out our power April 10th. Ramiro came and gave an estimate just as 2 others had done before. The estimate was 30% less than others and he was willing to do it on Sunday at no extra “weekend” fee. His crew showed up Saturday morning and had the +60 ft tree cut, coined and stacked for pickup by noon. Ramiro also worked with us on payment because like the rest of the country, we weren’t financially ready for a catastrophe. Thanks again Ramiro! I’ve got your number on my fridge!

TREE SERVICES IN Dallas-Fort Worth Metroplex